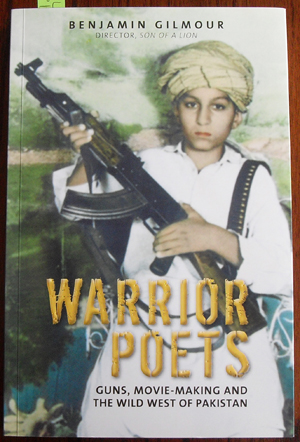 Softcover, first edition, 648gms, 334 pages. Journeying through the North West frontier of Pakistan, Australian paramedic Benjamin Gilmour discovered an astonishing culture where strong Islamic beliefs an intense suspicion of foreigners, an obsession with guns and a huge arms manufacturing industry overtook the town of Darra Adam Khel. After leaving, Gilmour wrote a screenplay and decided to return to Pakistan to film a feature film that became 'Son of a Lion'. This is Benjamin's account of his travels and the making of his film. Book is in fine condition with only very minor general wear and ... View more info